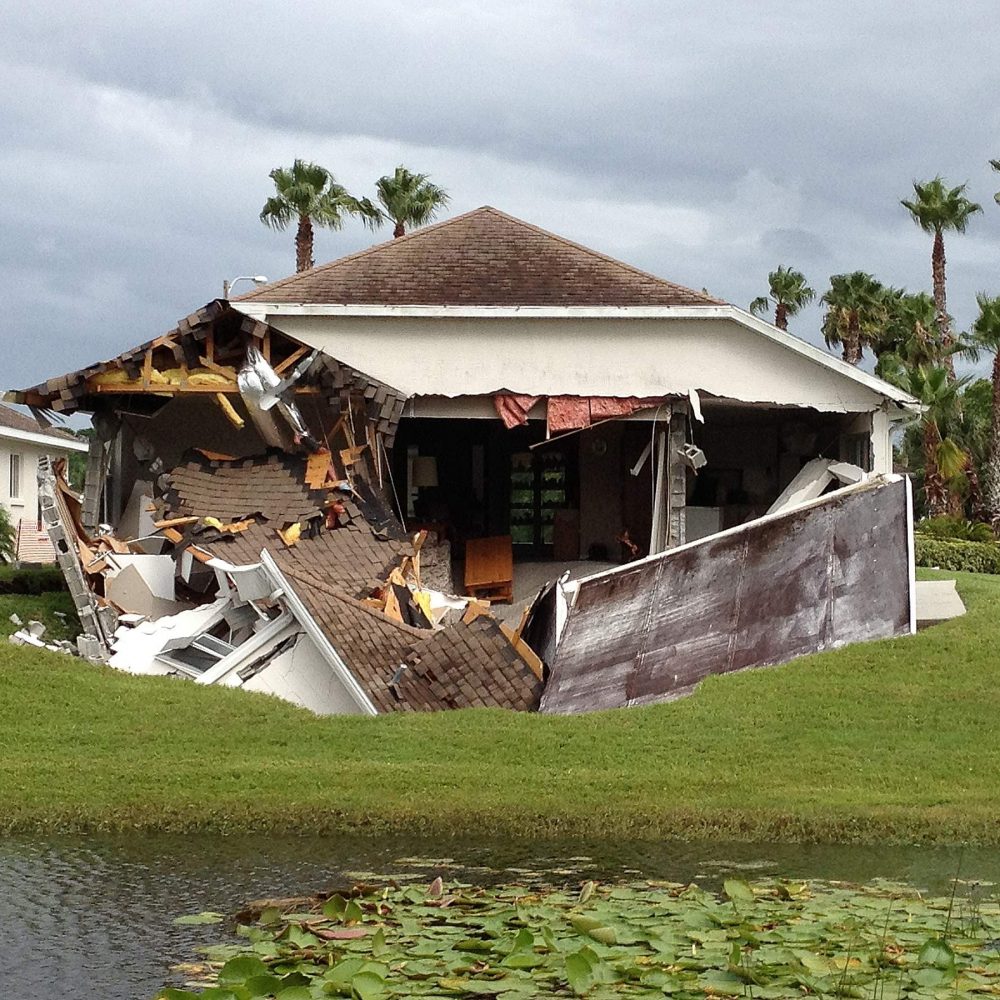 The picture below is a good example of Catastrophic Ground Cover Collapse as defined in Florida Statute.  If this happens to your home, you would only be responsible for a flat deductible amount, usually $1000 or $2500.  The insurance company would pay the remaining amount of the claim up to the policy limit.

Many homeowner policies in Florida include optional “Sinkhole Coverage”.   This coverage must be added to your homeowner policy for additional premium.  Sinkhole coverage is very expensive in some Florida counties and moderately priced in other counties.  The picture below is a good example of damage that might be paid for by “sinkhole coverage”.    In order for sinkhole coverage to respond, a soil engineer must determine, by testing, that the sinking was caused by the collapse of a limestone cavity under the ground.  Such testing can cost $10,000 or more.  Unfortunately, the Sinkhole Coverage on most homeowner policies includes a percentage deductible.  Thus, a $100,000  homeowner policy with a 10% sinkhole deductible would require the homeowner to pay the first $10,000 of the testing.   This means the homeowner could be required to pay $10,000 for testing but not receive payment on the claim because the collapse was not caused by the “collapse of limestone”.